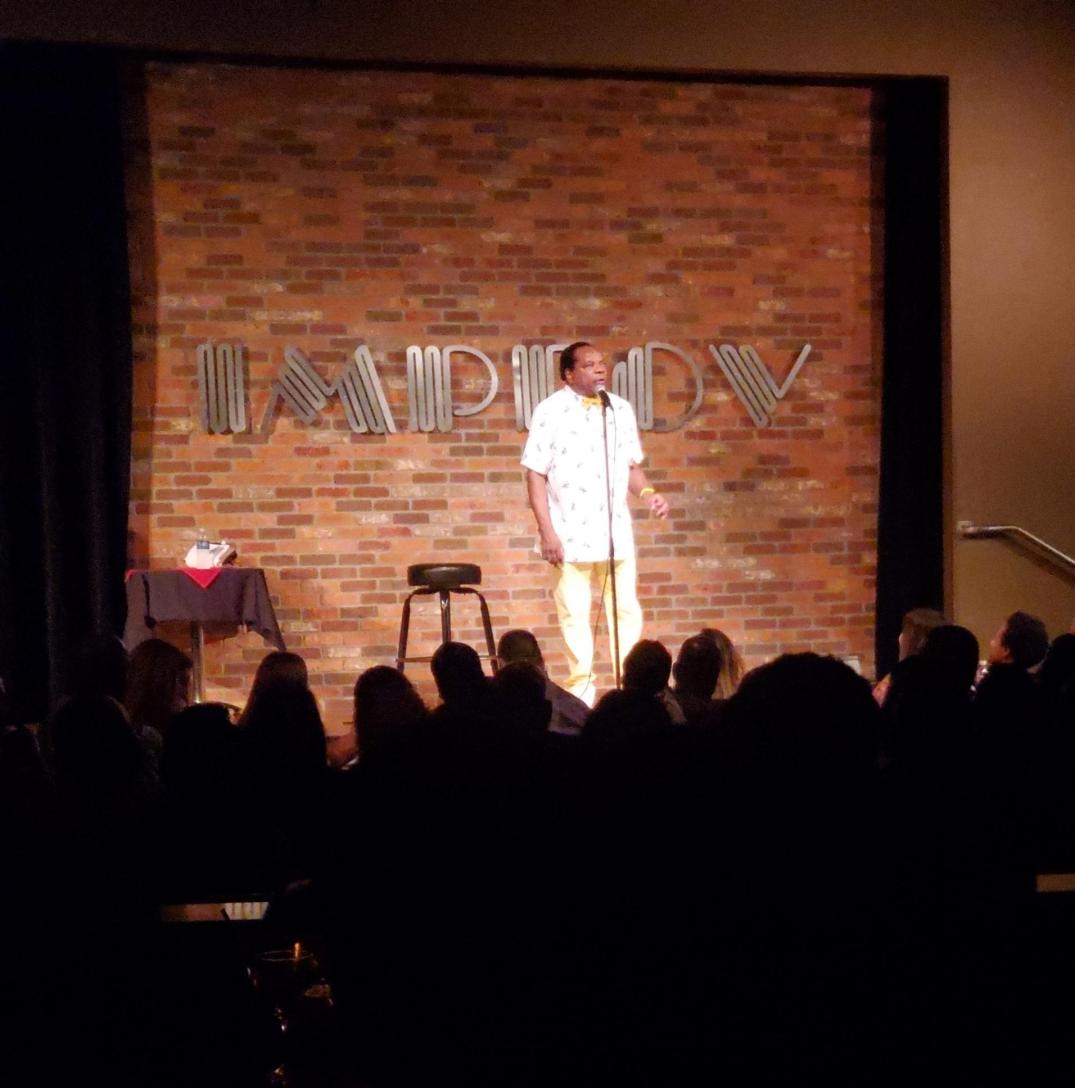 The jokes were not overly funny, but it felt like an amazing evening with one of your funniest relatives, not just a random comedian.

I want to begin by saying  “Welcome and Thank You” for joining me for my review of “John Witherspoon @Houston Improv on September 26th, 2019 at 8:00pm.” I am glad that you have decided to join us and  I hope that you will gain valuable knowledge that you can enjoy during my experience.

To all of our subscribers we want to thank you for subscribing. Please encourage others to do the same as we have exclusive news, content, offers and updates for our subscribers. If you have not already subscribed, I invite you to subscribe and follow along by entering your email address when prompted whenever you enter our website.

As I begin my review on Mr. John Witherspoon, I want to begin by thanking the Houston Improv for hosting an amazing event. The staff did a terrific job at catering to the audience. From the moment that we walked through the doors every team member was friendly and provided a big smile and a welcoming atmosphere.

The doormen were prepared to keep the traffic flowing by scanning tickets and directing the audience to step forward to be scanned. They ended their greeting by making sure to remind the audience to “enjoy the show.

Once entering to be seated the ushers greeted everyone and were prepared to seat the audience patiently. If someone did not know where to sit, then they would direct the audience to their area of seating. Once the comedy club began to fill up, they took the initiative to slow down traffic and communicate with one and other where the audience were permitted to sit. This level of communication should be praised in a time where a lot of the time you will see team members who are not on the same page and the teamwork and communication is lacking.

The waiters and waitresses were prompt in servicing everyone on the floor in a timely fashion. They were attentive to what audience members were ordering to insure accuracy on orders. I must commend the cooks and bar tenders for their job as well. The food and beverages were made timely and served as expected from the menu with no issue.  Taking everything into account, their team made it a point to make sure everybody was well taken care of throughout the night.

I ordered the Queso and Chips and a bourbon with coke during the event and both came out as expected. The chips were covered with just the right amount of queso and they provided a side of beef to place on top. The chips were plain, but with the queso added you get the desired taste that you expect. The queso was light and creamy and was not overly salty, which provided an enjoyable snack during the show. The bourbon with coke was evenly distributed and served as a relaxer to enjoy the show. Overall there was nothing that really stood out, but that could be because my choice was pretty basic for a comedy show menu.

Now to discuss the man of the Hour Mr. John Witherspoon a.k.a Pops, Mr. BANG, BANG, BANG!!! He is known for his roles in Ice Cube Movie Series Friday, Boomerang,  the popular TV sitcoms “The Wayans Brothers, The Boondocks and many more. The popular actor is known for his Friday word of the day for his son Craig in the movie Friday,  J-O-B!! Mr. John Witherspoon points out that the way he chooses to dress comes from his popular saying “You Got to Coordinate (COO-OR-DIN-ATE)!” He is truly a creative spirit with plenty of laughs to earn a packed house.

The show was sold out on a Thursday night to see John Witherspoon. He was expected to have a big audience based on his household name, but the Houston Improv decided to maximize those efforts by offering ticket specials for his event. Advertisement was heard on the local Houston Radio stations in support of Mr. Witherspoon by encouraging people to come out to the Houston Improve on Thursday night to see John Witherspoon. The efforts put forth by the venue and advertisers to sell out this event was a job well done.

John Witherspoon was full of energy during his entire stand up. He came out on stage with his hair slicked back and dressed up in a white polo with blue boat decorations. He complimented that with a yellow bow tie and yellow pants with white shoes. The outfit was certainly eye-catching to say the least. The stage presence that Mr. Witherspoon exhibited was powerful in the way it amplified his character and performance.

John Witherspoon had a wide range of jokes that lasted nearly two hours. The stand up jokes included his experiences with his prayer warrior sister, his personal hygiene, the way he uses color dye, and his trips on the airplane. He set the tone all night with jokes that were realistic and there were few moments where his jokes did not move the crowd with laughter. The awareness that John Witherspoon invokes with how he makes his jokes and interacts with his audience is phenomenal. During his stand up he took the time to engage with the audience on marketing strategies to sell his products and then flipped that moment into a joke that reflected the value of the full experience with John Witherspoon to end the night.

The entire show felt like you were sitting around one of your funniest family members that you could not help but to laugh at. The jokes were not overly funny, but it felt like an amazing evening with one of your funniest relatives, not just a random comedian. His demeanor during his stand up was so natural and fluid to the point you would not be able to tell the difference between John Witherspoon or his popular character Willie Jones from “Friday“. Overall the entire show was a terrific night out and I would highly recommend seeing him whenever he tours to a city near you for a night full of laughter.